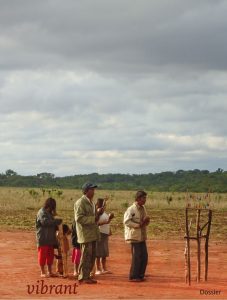 Indigenous lands and territories have attracted little attention in studies on the peoples and cultures of the South American lowlands. They are usually presented as credible information, similar to the climate or political regime. A component of the landscape where social life occurs, mentioned by careful ethnographers, but never addressed as a social and political phenomenon to be adopted as the central focus of research.

Justifications for such, often only implicit, can vary widely, suggesting that they are the subject of other disciplines (geography, law, or political science), which supposedly have more appropriate methods and concepts. At other times, the argument for rejection rests on the assumption that lands and territories are involved in questions of an exclusively practical nature, directly connected to the administrative interests and political demands of groups and individuals. The subject thus, covered with passions and contradictory formulations, does not constitute a favourable object for scientific investigation and the advance of anthropology.